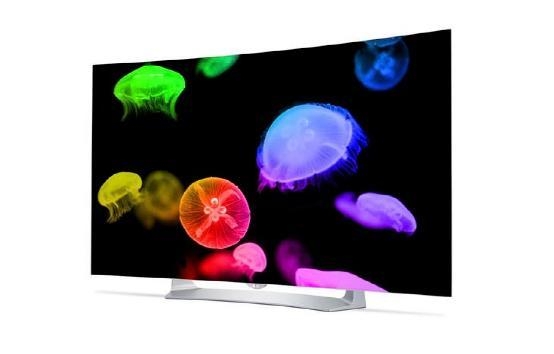 Currently, OLED TV makers hope to attract buyers who want to purchase high-end LCD TVs at more reasonable prices, so the price of OLED TVs will decline so dramatically. Of course, the price of $ 2,000 is not really cheap, although it has a curved screen, but does not support 4K resolution.

In actual tests, the picture quality of OLED screens is better than that of LEDs and LCDs (the most popular screen technology on the market today). The main advantage of OLED technology is that it can display completely dark black and very bright white on the screen at the same time, realizing infinite contrast in true sense. Due to the extremely complicated production process, OLED screens are expensive. At present, only one LG company on the market sells such products on a large scale.

At the same time, LG also released two more expensive OLED TVs in the US market - the 55EG9600 and the 55EF9500. Both TVs support 4K resolution, but for 55-inch TVs, unless the user is very close to the TV, it is difficult to feel the 4K effect. The 55EF9500 in both models is equipped with a flat screen that supports enhanced HDR functionality. Both models cost $1,000 more than the 55EG9100, and for most people the price/performance ratio is not high.

The main difference between the two models is the appearance and some of the features. The new 55EG9100 is equipped with a more traditional style base, while the new support for LG's new gesture control system and Smart TV system, running webOS 2.0. Compared to the old version, webOS 2.0 runs significantly faster.

Previously, WebOS 1.0 had been criticized by a large number of users for its slow response. LG originally planned to release a new version last month, but the new version has not yet arrived. A representative of LG said a week ago: â€œBecause of some unforeseen problems, the new version will be postponed to be updated in the next few weeks, and we will promptly notify users.â€