Recently, through the preliminary statistics of the patent website of the State Intellectual Property Office, the total number of lighting design patents in 2016 totaled approximately 21,289, sorted into the following categories:

Among them, about 8,000 applications were applied through the express application channel of Guzhen Town, Zhongshan City, accounting for 37.5% of the total application. It reflects the absolute superiority of Zhongshan Guzhen in lighting design patents.

Focusing on the top ten companies and individuals in the design of lighting products in 2016, the top ten applicants are: 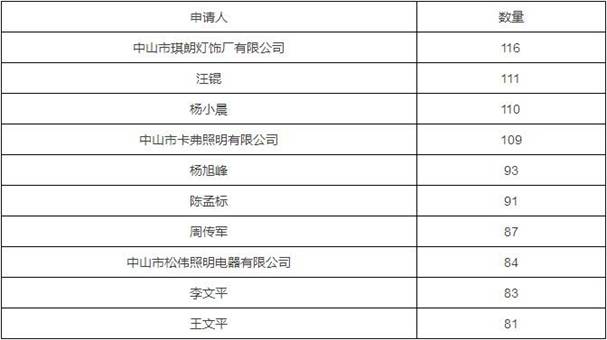 In the year of 2016, there were 3,387 patent applications for the design of â€œCeiling Lampsâ€ in the country. The statistics by region are as follows: 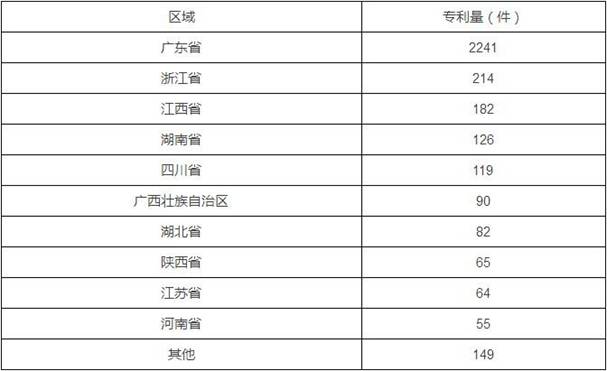 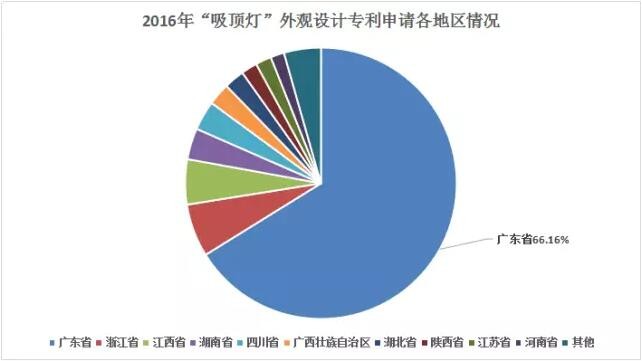