Some field use inverters to control the motor will have leakage problems. The leakage voltage ranges from tens of volts to 200 volts. The theoretical analysis and explanation of the cause of this fault is as follows. 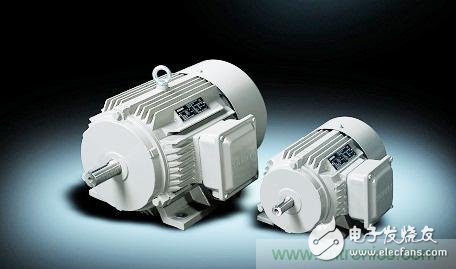 However, in some factories, for the convenience of wiring, the high-voltage power distribution room did not pull the ground wire into the workshop, and even mistakenly thought that the earth is the ground wire. This idea is wrong. You may wish to think about it if the earth can be localized. What is in our daily life?

Will you pull the N-line box ground? The N line in the power station is also connected to the ground line? We don't have to pull the N-line box ground wire to save a lot of wires? Why waste manpower, material resources and time? However, in reality, many factories do not pull the power ground, the equipment can not find the grounding point, and the motor is in use in the case of induced leakage, in this case, we offer two options:

Solution 1: After the three wires of the motor, the inverter and the frame are connected together, they are at the same potential, and are absorbed and discharged by the internal surge of the inverter, so that the induced voltage is greatly reduced, so that it does not cause people to The feeling of electric shock, that is to say, there is no relationship with the ground wire, as long as several grounds are connected together, so the surge filter inside the inverter plays a role. ã€€

Option 2: Under normal circumstances, after the treatment of the scheme 1, there will be no electrician phenomenon, but for special reasons, the induced voltage is still relatively high, and it can be electric, then the inverter is in the premise of the scheme 1. An inductive surge filter is added to the input power supply. ã€€

We have had a lot of experiments to prove that the on-site rectification of the connection method of the second scheme can reduce the induced voltage generated by the motor operation to below 20V in the application of the ground wire without the power supply, ensuring the on-site operator. The safety will no longer be felt by people who are leaking electricity. However, if the ground wire of the power cord is connected in the second scheme, then no external inductive surge filter is needed. ã€€

Of course, some equipments do not have ground leakage when the motor is not grounded. In some cases, the earth is also a conductor, but the earth is resistant, and according to the soil composition of different land. The resistance is also the same. However, according to the correct electrical safety regulations, the motor is required to be well grounded, but the conditions are not allowed (if there is no power supply ground), the ground of the motor, the cabinet of the electric cabinet and the ground of the inverter can always be connected together.